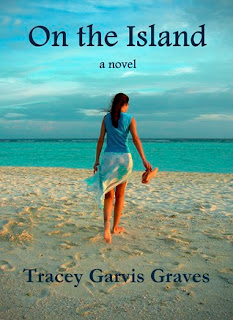 When thirty-year-old English teacher Anna Emerson is offered a job tutoring T.J. Callahan at his family’s summer rental in the Maldives, she accepts without hesitation; a working vacation on a tropical island trumps the library any day. T.J. Callahan has no desire to leave town, not that anyone asked him. He’s almost seventeen and if having cancer wasn’t bad enough, now he has to spend his first summer in remission with his family – and a stack of overdue assignments – instead of his friends.

Anna and T.J. are en route to join T.J.’s family in the Maldives when the pilot of their seaplane suffers a fatal heart attack and crash-lands in the Indian Ocean. Adrift in shark-infested waters, their life jackets keep them afloat until they make it to the shore of an uninhabited island.

Now Anna and T.J. just want to survive and they must work together to obtain water, food, fire, and shelter. Their basic needs might be met but as the days turn to weeks, and then months, the castaways encounter plenty of other obstacles, including violent tropical storms, the many dangers lurking in the sea, and the possibility that T.J.’s cancer could return. As T.J. celebrates yet another birthday on the island, Anna begins to wonder if the biggest challenge of all might be living with a boy who is gradually becoming a man.

An incredible page-turner, On the Island captivated me from start to finish! It has been a long time since I have wanted to read a book all in one sitting, but that is exactly the situation I found myself in with this one!

As a huge lover of survival and island stories, like The Blue Lagoon movies – except for the latest one which was ridiculous – I knew right away that this novel would be a must read for me. I was completely engrossed with the survival story so much that I flew through the pages with pleasant surprise. The direction the plot took from beginning to end easily made this novel stand on its own with such unique qualities. The alternating point of views worked really well, with T.J.’s voice being my favorite. I have to say, I thought the author did a good job writing a teenage boy. He was very mature for his age after facing cancer head on and surviving it. He always wanted to do whatever he could to help, not letting anything stop him. But of course there are moments that made me laugh, where his age shined through, revealing the horny young boy who was stuck alone with an attractive older woman. Anna was extremely likably as well, with her understanding and easy going ways. Of course she was afraid, but she held things together and remained pretty calm under the circumstances. She easily slipped into the role of the adult and took charge of the situation.

I admit, I had some reservations about any type of romance. When Anna, a 30 year old teacher is first marooned on the island with T.J., he was only 16 years old. BUT, luckily what we get to see is a friendship and companionship develop over quite a bit of time (YEARS) before things turn romantic, and not until T.J. is well over the legal age. Once it hit, I was swept away. They depended on each other so completely and would do anything for each other. The sweetness and sincerity rang true and that is when I truly fell in love with their story. It wasn’t just about survival after all, it was about finding someone who completes you.

My only gripes with the novel are that there were a few circumstances that were WAY too convenient, and perhaps a little cheesy. The right materials were washed ashore, like a ton of hygiene products. There was a shack they found, along with tools and a guitar (for the strings). And of course there is a scene involving a shark and dolphins. I may have rolled my eyes at all of these things BUT again, it was incredibly easy to overlook these issues on a whole and just immerse myself in the story and the character’s fight for survival.

I pulled my arms out from underneath her body and tucked her hair behind her ears. “I love you, Anna.”
The surprised look on her face told me she hadn’t seen that coming.
“You weren’t supposed to fall in love,” she whispered.
“Well, I did,” I said, looking into her eyes. “I’ve been in love with you for months. I’m telling you now because I think you love me too, Anna. You just don’t think you’re supposed to. You’ll tell me when you’re ready. I can wait.” I pulled her mouth down to mine and kissed her, and when it ended I smiled and said, “Happy birthday.”

4 Responses to “Review: On the Island by Tracey Garvis-Graves”