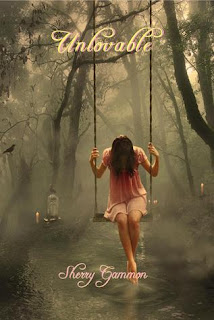 Port Fare, New York, has fallen into the clutches of true evil. The Dreser brothers have arrived with a scheme to increase drug sales in the area by whatever means possible. Seth Prescott is part of MET (Mobile Enforcement Teams) a branch of the DEA (Drug Enforcement Administration). He’s been assigned to work undercover at Port Fare High, and things aren’t going very well, until senior Maggie Brown enters the equation. He’s harbored a secret crush on her from day one, and now that she is in the center of the case, he’s trying to stay clear and objective while walking the line between business and unrequited love.

Maggie is truly the poster child for Heroin Chic, complete with jutting bones and dark-ringed eyes, but is she an addict, or is there another reason for her appearance? She struggles with her feelings for Seth, fearing he is just another person who will eventually let her down, as everyone in her life has done thus far.

Maggie has spent her life caring for her alcoholic mother. A task that has left her heavily burdened and alone. Before long, her mother’s health takes a turn for the worst, sending Maggie’s life into a tale-spin.

While Seth works relentlessly to inject fear into the dealers and flush them out into the open, Maggie fights to stay alive as the hunt turns deadly.

Seth and Maggie’s romantic journey is one of humor, heartbreak, and self-discovery.

This book has been sitting in my nook for quite some time. For the past month or two I have really felt the urge to finally take the time to read it and that is exactly what I did the past few days. I really wish I could say how worth the wait it was, but honestly, I was severely disappointed for wasting my time.

Maggie has a lot going on with her. She barely has any money for food or clothing and she is taking care of her drunk mother who treats her like total crap. But I could not fathom that the character’s voice matched the circumstances. I can’t even think of the right words to describe it but it just felt so. . . off. Actually, I felt the same way about almost every character in the novel! I didn’t find a single one who fit. And Seth was a little too boring for me, which is unfortunate for the love interest.

I expected a lot of drama with the romance. An undercover cop falling for a girl at the high school he is staking out. I expected and CRAVED a forbidden love story with all this yearning but can’t having. What did I find? A story where it was okay for this older cop to romance a high school girl he is investigating. In fact, his Captain ENCOURAGED it! WTF? In what reality would that remotely happen? And for half the novel I was wondering how old this cop was because she was SEVENTEEN! We eventually find out he is 21 and has been a cop for 2 years. I don’t know about you, but that seemed off to me too. Even if a small town did have police officers that young, would they be working huge drug cases like this already? I don’t think so. But maybe I am wrong there.

Another aspect that really bothered me was Maggie’s mother. She was a major alcoholic and extremely abusive, emotionally and verbally, to her daughter. At one point, Maggie finds these letters her mom has written to her over the years that say how much she loves her and wants to be good for her, blah blah blah. Not one moment in this entire book, whether she was drunk or sober, before and after she finds the letters, did she show an ounce of love to her daughter. In fact, I was whipping up this outrageous theory in my head that this alcoholic ‘mother’ was in fact a different woman who was mentioned earlier. She had been trying to direct Maggie’s mother during her pregnancy by telling her to keep the baby to get money from the state. I thought perhaps she kidnapped Maggie from her real mother, who wrote these letters from wherever she was seeking help. This was a legit theory I worked up in my head because THAT made more sense to me than this horrible woman writing them. I don’t even know what the point of adding the letters was to the plot. It made absolutely no sense at all.

On a whole, nothing really worked for me. I thought it was drawn out and I didn’t connect with a single character. I can usually overlook little things that seem unrealistic but I truly felt everything was unbelievable. It felt a lot like a soap opera in novel form. And I usually love soap operas! But it didn’t work here. It was all so over the top, like the shock factor would make up for the poor plot. I wish I could say the writing was a bit of a saving grace, but I found it bland as well. I wanted to like this one, I really did. The overall premise is good, but the execution was just not there for me.

There were a few things I did like though and I think I should mention them. There were a few moments early on between Seth and Maggie that I thought were cute. Maggie would tell Seth when he was flirting with her, and he would apologize and stop. Those moments were sweet. And I had no idea beforehand that this book takes place where I live! Well not Port Fare, which I think is a made up place, but in Rochester. The mentions of the local grocery chain and newspaper made me smile.

I have never written a bad review before so I am a little nervous but these thoughts are my own, and just because this book isn’t for me, doesn’t mean that it won’t work for someone else. If you are a fan of over the top angst and heartache, then perhaps give this one a shot.

*SIDE NOTE: Unlovable is under contract to be turned into a movie. I am very curious to how this will translate on film.