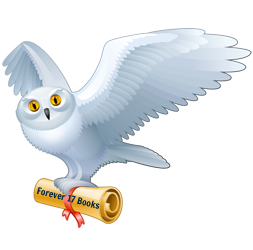 **’Post’ on Sundays is a weekly/biweekly post here at Forever 17 Books where I can share with you all the goodies I have received, bought or borrowed. This post was inspired by In My Mailbox by The Story Siren.**

I have decided to start linking up with Tynga’s Reviews and the Stalking the Shelves meme!

This is my book haul for the past two weeks! Though most of it I received yesterday. lol 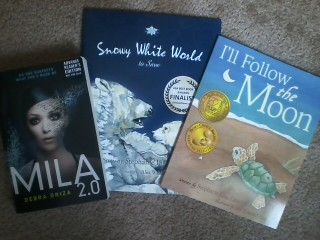 -Mila 2.0 by Debra Driza I received this as part of the Debut Author Challenge ARC Tours. Finished this last night and really liked it! Review up tomorrow.
-Snowy White World to Save by Stephanie Lisa Tara Both of these children’s books I will be reviewing with my 6 year old as part of an Earth Day Celebration tour.
-I’ll Follow the Moon by Stephanie Lisa Tara

-The Collector by Victoria Scott EEP! Of course I had to read this right away! Review will be up in a few weeks as part of a blog tour.
-Surrender Your Love by J.C. Reed Sometimes I need something a little sexy, okay? lol Look for a giveaway coming later this week.
-The Boys of Summer by C.J. Duggan Won the ebook from the author!
-Prophecy Girl by Cecily White I believe there is a new cover coming for this one but I JUST received this late last night. So excited!

Okay, so these next set of pictures are from an awesome prize box I won from Fiona Paul, author of Secrets of the Eternal Rose series, aka Venom and Belladonna. If you are not familiar, Fiona likes to run this awesome giveaway on her blog with each book called “Where in the World is…” (Here’s a link if you’d like to hear more). Basically she gives you vague clues and you have to determine where the book has been hidden. This is how I happened to get my greedy hands on Venom last year when I won 2nd place. I was bound and determined to get first this time around and sure enough, after days of googling clues like a mad woman, I won! 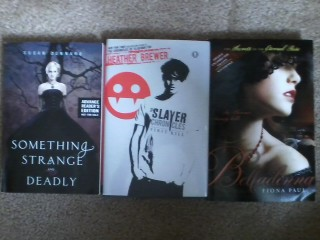 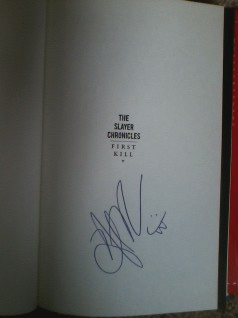 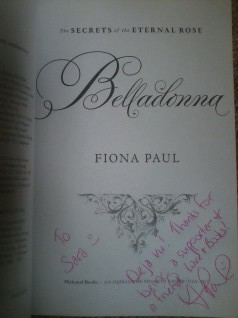 -Something Strange and Deadly by Susan Dennard
-First Kill by Heather Brewer SIGNED!
-Belladonna (Secrets of the Eternal Rose #2) by Fiona Paul ARC SIGNED and PERSONALIZED!

Other goodies in the box: 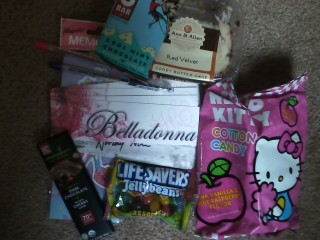 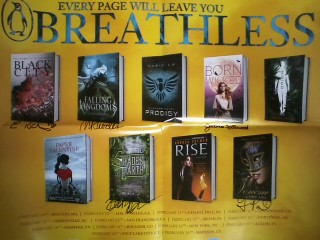 All kinds of candy and bookmarks as well as 2 signed Breathless Reads posters!