I am beyond honored and excited to share with you guys today the cover and synopsis of J.M. Darhower’s paranormal romance novella, Extinguish! I am going to jump right to it because I know that’s why you are here, so without further ado… 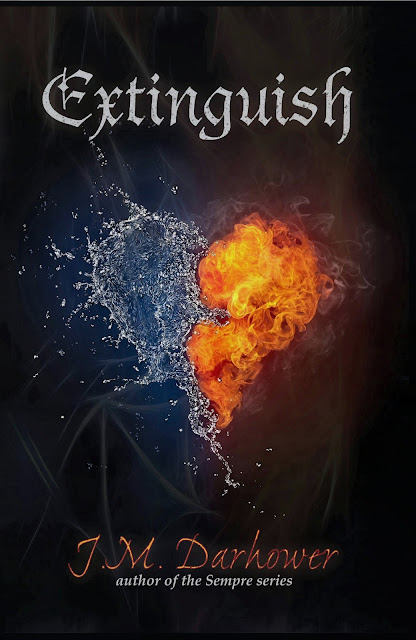 
Serah has questions. She wants answers.
Luce just wants to play a game.

OMG it has angels and Lucifer and so much awesomeness! Plus look at that cover!

EEP! I am so excited! I LOVE this type of novel and I’m guessing Darhower will knock this one out of the park! And do you see how it says, “When the light and dark, hot and cold, finally collide, she has to make a choice—a choice that sets her world on fire, black and white exploding into colorful flames.” Is that not the cover perfectly? Is Serah going to extinguish the flames of Luce’s heart? Love it! Want to see more? Because I also have the full wraparound cover too: 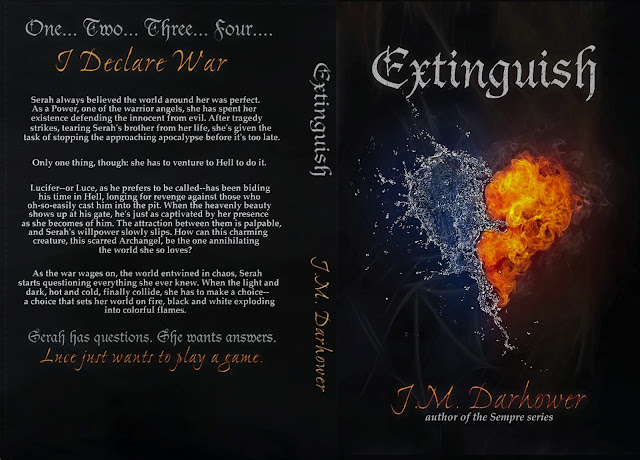 Right now Extinguish has a tentative release date of June 1st, but that may change. Once it is up on Goodreads, I’ll add the link to this post. While we wait, why not check out J.M. Darhower’s Sempre, if you haven’t already!

**EDIT** Extinguish is now on Goodreads:

So what do you guys think? Is the premise what you were expecting? Do you like the cover? Let me know!

8 Responses to “Cover and Synopsis Reveal: Extinguish by J.M. Darhower”