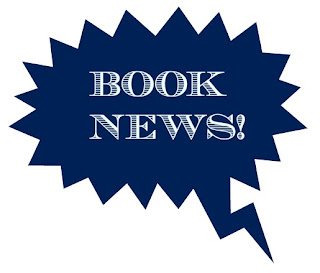 I’m so incredibly excited and honored to be a part of the unveiling of the title and release date to the much anticipated sequel to Sempre by J.M. Darhower, which has been referred to for months and months by the author as The Unnamed Sequel. Well guys, it is unnamed no longer! To help reveal we have a very special guest from the series, Dr. Vincenzo DeMarco!

Dr. Vincenzo DeMarco
Regrets. I undoubtedly have a lot of them.
There’s so much I’ve done in my life, so much I’ve said that I wish I could erase, but I can’t. Once the words came pouring from my lips, once they were out there, there was no taking them back. And for a long time, I didn’t think I’d ever want to, but life has a way of changing people without them realizing it.
I’ve made a lot of mistakes.
Sticks and stones may break my bones, but words can never hurt me. I used to hear Carmine and Dominic chant that as children, and I always believed it to be true, especially being a doctor. Nothing could hurt as much as the infliction of physical damage. Words were nothing.
But I’ve learned differently. Words may simply be words, but the sting of them can sometimes slice deeper than the blade of a knife, can kill a soul as quickly as a stab wound can kill the body. I’ve watched torment play out in many eyes before, both at work in the hospital and at work on the streets, but none of it ever matched the look of agony I saw in a young girl’s eyes when I deemed her worthless.
I’ll never be able to make up for the devastation I’ve caused in my life, never be able to repair all the lives I’ve damaged, but I haven’t lost hope yet that maybe I can fix some of it.
Sempre: Redemption
By J.M. Darhower
The highly anticipated sequel to ‘Sempre’
Coming December 23
Simon & Schuster/Pocket Books
Redemption… because no matter how far or how hard you fall, salvation is still possible as long as you’re still breathing.

EEP! *falls over* How incredibly perfect is that animated graphic? When I opened the email with all of this awesomeness attached, I went right for the GIF and that was how I discovered the title and omg I did a happy dance in my seat! And the huge sap that I am got a little teary with that intro from Vincent.
Guys, you don’t even know how excited I am for this! Sempre: Redemption is the most perfect title! If you unfamiliar with Sempre, I will leave you with the link to my flaily 5-star review! The rights to both Sempre and now the sequel, have both been bought by Simon & Schuster. So unfortunately, Sempre in unavailable for purchase right now for those of you who have not started it yet. BUT, it will be re-released on November 25th and just in time for Sempre: Redemption on December 23rd!
Because all of that isn’t enough, I also have a special excerpt to help tide us over until December.
EXCERPT:

The black Mazda RX-8 sped along the worn gravel road, twisting and turning as it penetrated deeper into the foothills of the Blue Ridge Mountains. Haven clutched onto the passenger seat as the car haphazardly weaved through the dense forest.

“Are we lost?” she asked hesitantly as she stared at her boyfriend. Carmine was slouched in the driver’s seat, fiddling with the radio. Sunglasses shielded his eyes from her, so she couldn’t tell if he was paying any attention to the road.

Haven glanced out the windshield, squinting from the early morning sunshine. Things looked the same in every direction-nothing but endless trees surrounding them. How could he know? “Are you sure?”

Stubborn. “Where are we going?”

Shaking her head, Haven surveyed the area. At first it appeared to be nothing unusual, a small gap in the trees with a cabin set a few yards away, until she spotted the faded white sign in the distance. Landell Christmas Tree Farm, it said in green hand-painted letters.

Although it felt as if time had stopped for the two of them, the calendar told a different story. It was the 23rd of December already, a month since they’d returned to the small North Carolina town of Durante in an attempt to get back to their lives… in an attempt to regain a bit of normalcy and piece together their relationship. It had been a struggle, dealing with the fallout of her kidnapping, but they took it day-by-day.

Together, the two of them set out through the tree farm.

“How about this one?” she asked after a while, stopping in front of a tree a few inches taller than her. “Do you like it?”

Haven’s brow furrowed, unsure as to what he was talking about. The branches appeared full to her. “So finicky.”

“Whatever,” he muttered. “Do you see any others?”

“Uh…” She glanced around, randomly motioning toward another tree a few feet away. “What about that one?”

Letting go of her hand, Carmine studied the tree, deciding how to go about taking it down. Haven watched him for a moment and burst into laughter when he took his first swing. It barely even sliced the thick bark.

“This is going to take you all day,” she said. “We should’ve just picked one that was already chopped down.”

He whacked the trunk repeatedly, the blade eventually cutting through the wood. Despite the cold temperatures, by the time the tree tilted, Carmine was huffing and drenched with sweat. It gathered along his forehead, running down the side of his face and dripping from his chiseled jaw. Haven watched him struggle in silence, a familiar pang of guilt deep down inside of her gut as she was reminded of what he’d done.

This boy-this stubborn, selfless, stupid boy-had given himself to the Mafia. He’d handed control of his future over to the men they hated most in exchange for her life. For her safety. And he’d done it so easily, so quickly, like there wasn’t even a choice at all… like making this sacrifice for her came just as naturally as breathing.

The act had left him fractured, and Haven was still trying to come to grips with the fact that it may be a long time before he was whole again. She was grateful to be alive, picking out a Christmas tree with the boy she loved, but she was also angry. Not at him-not anymore. That anger had been unfounded. She was mad at herself now, and at the universe, because no matter what she did, she couldn’t help Carmine.

Once again in her life, Haven felt powerless.

So she stood by silently, continuing to watch, terrified of looking him in the eyes one day and seeing regret. Frightened that someday, he’d turn to her, and she’d see her worst fear playing out in his face: that she hadn’t been worth it.

***Content may be altered or omitted from the final product***

And now, we wait.

14 Responses to “Title Reveal: The Unnamed Sequel (Sempre #2) by J.M. Darhower Now Has a Title!”