Hey guys! Last year I had the pleasure of reading the first book in this series, Stitch, and found a great genre mashup! Of course I jumped right at the chance to join the Blog Tour for the sequel. So check out my review plus an awesome excerpt! 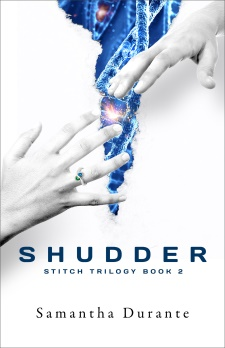 It’s only been three days, and already everything is different.

Paragon is behind her, but somehow Alessa’s life may actually have gotten worse. In a wrenching twist of fate, she traded the safety and companionship of her sister for that of her true love, losing a vital partner she’d counted on for the ordeal ahead. Her comfortable university life is but a distant memory, as she faces the prospect of surviving a bleak winter on the meager remains of a ravaged world. And if she’d thought she’d tasted fear upon seeing a ghost, she was wrong; now she’s discovering new depths of terror while being hunted by a deadly virus and a terrifying pack of superhuman creatures thirsting for blood.

And then there are the visions.

The memory-altering “stitch” unlocked something in Alessa’s mind, and now she can’t shake the constant flood of alien feelings ransacking her emotions. Haunting memories of an old flame are driving a deep and painful rift into her once-secure relationship. And a series of staggering revelations about the treacherous Engineers – and the bone-chilling deceit shrouding her world’s sorry history – will soon leave Alessa reeling…

The second installment in the electrifying Stitch Trilogy, Shudder follows Samantha Durante’s shocking and innovative debut with a heart-pounding, paranormal-dusted dystopian adventure sure to keep the pages turning.

With a premise that did a complete 180 in the first book (my review of Stitch), I was anxious to dive back into this series and see where the author could take us this time around!

As the genre switched gears from a paranormal type novel with ghosts and time travel to more of a dystopian and sci-fi feel at the end of Stitch, we were left with a lot of questions and so much left to explore! Shudder really sets up the dystopian world we had only gotten a glimpse of before. Alessa and Isaac find themselves fighting for survival in a bleak outside world as they search for a new base for the Rebels. Their journey is filled with danger – from the fear of the virus, to mysterious monsters chasing them, fears and uncertainties arising and Aleesa’s new ability. The blend of so many elements really makes this series exciting, not knowing where it will go and what to expect next!

We are also given the POVs of a few other key players which helped fill in the background and answer a lot of question about the world. This worked out tremendously and I was able to keep up quite easily. It also served to set up future troubles that our characters will face in the final installment.

I must express my love for the relationship between our Alessa and Isaac. Their connection is palpable but everything is not perfect and the uncertainties that plague them feel real and warranted. They are wonderfully fleshed out characters I can’t help but root for.

With the author’s talent for throwing surprises at us, I must admit I was waiting for that moment once again in this sequel. And of course she pulled it off right at the very end with a scene that left me aching for more! Part of me thought it may have been coming, but the execution was brilliant and I look forward to how it will all wrap up in the conclusion, Stuck, out next year!

~Excerpt~
Isaac turned toward Alessa.  His blue eyes shone in the light of the fire as he lay propped on his side, his long lean body mirroring hers, a soft piece of tawny hair that had dropped forward on his forehead casting flickering shadows on his face.  Alessa swept the strands from his eyes and trailed her fingers down the side of his jaw.  Bringing her mouth to his soft warm lips, she closed her eyes and let the day’s tensions melt away in the heat of his body.
He kissed her back with intensity, sliding his hands down the small of her back and pulling her close, the electricity buzzing between them.  Alessa gasped at the feel of his body against hers, releasing a soft moan as he traced the line of her chin and then her neck with kisses.  Her body shivered with anticipation.
Holding his face in her hands, she gazed deep into the sparkling oceans of his eyes, the ravages of the storm outside utterly forgotten.  “I missed you, Isaac Mason,” she murmured.
Isaac rolled over suddenly, pinning her beneath him as she pulled her legs tight around his waist.  The reflection of the flames danced in his eyes as if he were lit from within.  He grinned wickedly.
“Oh, Less,” he growled.  “I haven’t even begun to remind you what you’ve been missing.”

**Haven’t read the first book in the series? Check it out on Amazon and Goodreads. Just $0.99!
About the Author: 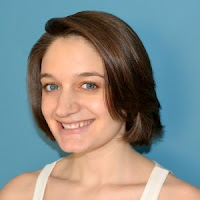 Samantha Durante lives in Westchester County, New York with her husband, Sudeep, and her cat, Gio. Formerly an engineer at Microsoft, Samantha left the world of software in 2010 to pursue her entrepreneurial dreams and a lifelong love of writing. A graduate of the University of Pennsylvania’s Jerome Fisher Program in Management & Technology, Samantha is currently working full time for her company Medley Media Associates as a freelance business writer and communications consultant. The Stitch Trilogy is her debut series. Learn more about Samantha at www.samanthadurante.com.

For the rest of the Blog Tour, click here!