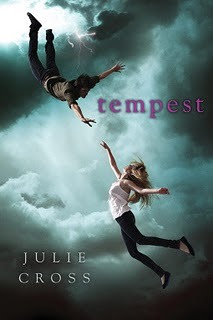 The year is 2009. Nineteen-year-old Jackson Meyer is a normal guy… he’s in college, has a girlfriend… and he can travel back through time. But it’s not like the movies – nothing changes in the present after his jumps, there’s no space-time continuum issues or broken flux capacitors – it’s just harmless fun.

That is… until the day strangers burst in on Jackson and his girlfriend, Holly, and during a struggle with Jackson, Holly is fatally shot. In his panic, Jackson jumps back two years to 2007, but this is not like his previous time jumps. Now he’s stuck in 2007 and can’t get back to the future.

Desperate to somehow return to 2009 to save Holly but unable to return to his rightful year, Jackson settles into 2007 and learns what he can about his abilities.

But it’s not long before the people who shot Holly in 2009 come looking for Jackson in the past, and these “Enemies of Time” will stop at nothing to recruit this powerful young time-traveler. Recruit… or kill him.

Piecing together the clues about his father, the Enemies of Time, and himself, Jackson must decide how far he’s willing to go to save Holly… and possibly the entire world.

I have to say, I was extremely intrigued on the premise of this book, of a 19 year-old time boy/man who accidentally jumps back in time after his girlfriend is fatally shot. I think this was my first read about time travel and it definitely lived up to my expectations!

Almost right from the beginning we are dragged into a whirlwind of actions and mystery as Jackson tries to learn what has happened to him, who the enemies are, and how to save Holly and return to 2009. I enjoyed the manner in which we learned the details on the time travel. We are introduced to the basic mechanics through journal entries Jackson keeps after each minor experimental jump, but then we learn the more intricate workings as Jackson does. Yes it was still a bit confusing to me, but since science has never really been my thing, it was expected. And I adored the relationship between Jackson and Holly. There was some very tender moments between them in both the present and past. Their love felt very natural and real.

Some of my absolutely favorite moments were with Jackson’s sister Courtney. I don’t want to say too much about it, as to not reveal anything spoilerish, but those moments were so well written and made my heart clench. There was also something she said to Jackson in one scene that I cannot get out of my head. I am wondering if it was a precursor to something to come in the series, or if I am over-analyzing, which is entirely possible.

I must also note that this book is in boy point of view! It doesn’t happen enough that we get a strong, BELIEVABLE boy to see a story through, but Tempest does real well with capturing Jackson’s teenaged perspective.

The ending just about killed me and I cannot wait to read the next in the series!