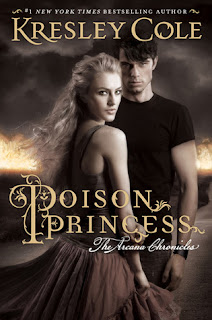 Sixteen year old Evangeline “Evie” Greene leads a charmed life, until she begins experiencing horrifying hallucinations. When an apocalyptic event decimates her Louisiana hometown, Evie realizes her hallucinations were actually visions of the future—and they’re still happening. Fighting for her life and desperate for answers, she must turn to her wrong-side-of-the-bayou classmate: Jack Deveaux.

But she can’t do either alone.

With his mile-long rap sheet, wicked grin, and bad attitude, Jack is like no boy Evie has ever known. Even though he once scorned her and everything she represented, he agrees to protect Evie on her quest. She knows she can’t totally depend on Jack. If he ever cast that wicked grin her way, could she possibly resist him?

Who can Evie trust?

As Jack and Evie race to find the source of her visions, they meet others who have gotten the same call. An ancient prophesy is being played out, and Evie is not the only one with special powers. A group of twenty-two teens has been chosen to reenact the ultimate battle between good and evil. But it’s not always clear who is on which side….

Poison Princess has a premise that truly grabbed me from the moment I first saw it. Upon reading, I found the plot to be the same throughout! Unique and captivating, I was truly hooked from page one!

Poison Princess starts out very different than I expected, from the POV of a psychotic man who likes to prey on women and run experiments on them in his dungeon. His next victim, Evie, seemingly wanders around the barren world, looking for somewhere for shelter and food. He takes her in and before he makes his move, he asks what her story is. From that point on we go back in time with Evie, to follow her life leading up to the terrible apocalyptic event that devastated the world and then of course the aftermath that brought her to this cabin of nightmares.

This book was unlike anything I have ever read. The plot was so engaging and made me want to keep reading to see what else would surprise me. There is SO much more to Evie than hallucinating powers, more than I could have expected! Not only are we on a journey through this new world, fighting for survival, but we are introduced to a life or death game that revolves around characters on Tarot cards. I LOVED this concept. It completely set Poison Princess apart from other novels in dystopian/paranormal/post-apocalyptic genres. We just tap the surface of it but it leaves me longing for more!

There are numerous characters we are introduced to. Evie, of course is our main character. I found her likable, though a tad annoying at times. She transforms so much from start to finish though, becoming a whole new person with more confidence and flair. I am excited to see my love for her grow with the next installment. Jackson Deveaux is definitely the bad boy, with a wicked cajun french accent. My feelings for him fluctuated a lot. He could be sweet and protective, but sometimes his attitude was a turn off. Don’t get me wrong, I do love him as a character and love interest for Evie, but he didn’t make me swoon quite as much as I was hoping. Of course there is also Matthew and Finn, who are very secondary, for now. Matthew has such a spark about him and Finn was some much needed comic relief.

The ending was crazy awesome! I foresee such a twist in direction that the next installment might take us. I for one will be hanging on the edge of my seat until I can get my hands on the next one!

If you are looking for something entirely different among your paranormal and dystopian reads, then I would highly recommend Poison Princess to you!