Today as part of the Provex City Blog Tour, I’m interviewing the author, Michael Pierce! (His responses are in purple.)

1. What inspired you to write Provex City?

The Harry Potter series gave me the inspiration to return to writing and to begin writing for teens. Once the creative juices started flowing the series idea, starting with Provex City, was born. I continually give thanks to Harry Potter.

(I’m a HUGE Harry Potter fan! It’s always great to hear how inspiring it is to people in different ways!)

I would like to. I was kind of obsessed with ghosts as a kid. My mother told me she took me on walks regularly through a local cemetery when I was a toddler. Maybe it stemmed from there. I lived in a suicide house in junior high, and felt weird stuff in that house, but never actually saw anything. I thought if I was ever going to see a ghost, it would have been in that house.

(Feeling weird stuff is spooky too!)

3. The subject of ‘anything is possible’ is a very important theme in Provex City, is this something you believe in? If so, is there anything you wish you could will into possibility?

I would like to will my tendinitis away. Provex City takes an idea that I believe in, making it more literal, making it into a kind of magic. The primary idea I believe in is, if you set your mind to something and work toward its attainment, then you can accomplish it. In that regard, anything is possible.

4. What were some of your challenges while writing? (research, character names, etc)

I had written a lot of short stories beforehand, but never anything longer than about 20 pages, so planning and structuring a novel was a whole new animal. I was learning as I was going and had to rewrite a lot…a lot. The only research I did had to do with the scene in the hospital and the conversation with the policeman. I wanted those scenes to be believable. Also, throughout the writing process, I changed quite a few names. But some names I had from the very beginning were Mr. Gordon and Desiree. Oliver was not one of them (his original name was Patrick).

5. What type of atmosphere do you prefer to write in? (home, music, etc.)

It doesn’t really matter. I write whenever I can get a chance: at home, at work, at a coffee shop… Early on, I couldn’t listen to music while I wrote, but now I love to. I enjoy creating a book playlist and listening to those songs while I write to tap into the right mood and tone.

6. Describe your novel, twitter-style, in 140-characters or less.

When you truly believe anything is possible, then you will be able to open doors where there were only walls. Welcome to Provex City!

7. Is there anything you can share with us about the sequel?

The second book in the Lorne Family Vault series is titled SUSY Asylum, which should be available by April. SUSY Asylum will have many more adventures for Oliver and Desiree in Provex City, Oliver learning about the strange voice he heard while in the city the first time, the truth about Desiree and TJ’s relationship, and an introduction to the conspiracy blogger who goes by the alias Commodore Chaos. Oh, and a little about the mythical SUSY Asylum itself. And as usual, Oliver gets himself into quite a bit of trouble.

That’s it for the interview! I would like to thank Michael Pierce for stopping by! 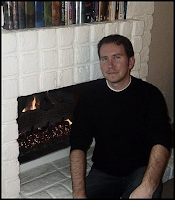 Michael Pierce lives in Southern California with his wife, daughter, and two ultra-protective Chiweenies. Provex City is his debut novel and the first book in the young adult fantasy Lorne Family Vault Series.

To check out an additional stop on the Provex City Blog Tour today, Vy’s Blog is having a Top Ten post! The rest of the Blog Tour schedule can be found HERE! 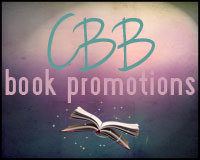