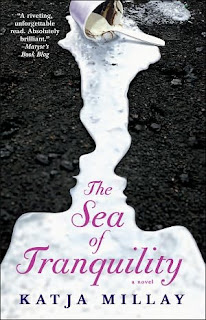 I live in a world without magic or miracles. A place where there are no clairvoyants or shapeshifters, no angels or superhuman boys to save you. A place where people die and music disintegrates and things suck. I am pressed so hard against the earth by the weight of reality that some days I wonder how I am still able to lift my feet to walk.

Former piano prodigy Nastya Kashnikov wants two things: to get through high school without anyone learning about her past and to make the boy who took everything from her—her identity, her spirit, her will to live—pay.

Josh Bennett’s story is no secret: every person he loves has been taken from his life until, at seventeen years old, there is no one left. Now all he wants is be left alone and people allow it because when your name is synonymous with death, everyone tends to give you your space.

Everyone except Nastya, the mysterious new girl at school who starts showing up and won’t go away until she’s insinuated herself into every aspect of his life. But the more he gets to know her, the more of an enigma she becomes. As their relationship intensifies and the unanswered questions begin to pile up, he starts to wonder if he will ever learn the secrets she’s been hiding—or if he even wants to.

The Sea of Tranquility is a rich, intense, and brilliantly imagined story about a lonely boy, an emotionally fragile girl, and the miracle of second chances.

I have always loved an array of different genres in the Young Adult spectrum – paranormal, dystopian, mystery, and of course contemporary fiction. Every once in awhile I find myself craving just a good character driven love story, something that focuses on building a relationship. The Sea of Tranquility came at the perfect time and I fell totally in love!

Now, this book was not completely without a deeper plot beyond the romance. We follow the journey of Nastya, who is dealing with a tragic event that took a part of her away. She chooses to deal with this incident with silence and doing whatever she can to scare off people from getting close to her. Words cannot say how much I loved her. She was emotionally vulnerable, but at the same time she was also such a fighter with determination and a lot of snark and sarcasm. She had built all these walls around her that no one could break down, including her family. That is until she meets Josh.

Josh isn’t without his own demons. He is also dealing with tragedy and heartache. People around him tend to let his circumstances define him, but he does not let them define himself. He has such a maturity about him. And I am pretty sure woodworking was never as sexy until he came along! He was so sweet and amazing, just so perfect. I couldn’t have loved him more.

“I wished my mother was here tonight, which is stupid, because it’s an impossible wish.” He shrugs and turns to me, drowning the smile that cracks me every time.
“It’s not stupid to want to see her again.”
“It wasn’t so much that I wanted to see her again,” he says, looking at me with the depth of more than seventeen years in his eyes. “I wanted her to see you.”

*dreamy sigh* I could go on and on. These two together was such a brilliant dynamic. They were exactly what they needed for each other. Everything started off small, with an almost dislike they had for each other, that there was some sort of draw happening between them that they didn’t want. Everything built slowly, but at exactly the right pace. They find a way to mend each other without knowing it, but not just that, they find a way to mend themselves. Don’t even get me started on the ending. *sigh* Such perfection.

This is one of those novels for me that I just have a hard time finding the words to express how much I loved it. It was heartbreaking and beautiful and I couldn’t have asked for a better novel. Oh, and the secondary characters are outstanding and well done too, especially Drew! I highly recommend this novel to EVERYONE!

29 Responses to “Review: The Sea of Tranquility by Katja Millay”