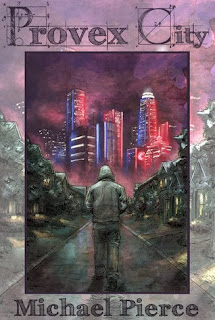 I am not sure where to start with this one. It had a lot of potential, but somewhere it all fell apart for me.

The concept started off strong, a boy in a new school who felt very much like a regular kid. I’m so used to reading about the strong boys who are super swoony and dreamy so it is so refreshing to meet someone a little more vulnerable, normal, and perhaps a little lonely. Well, he soon finds himself on the wrong side of a bully and his pack of friends. But this isn’t the only thing going on in his world… He also discovers he is living in the room of a boy who committed suicide and he thinks the ghost is trying to tell him something. Dealing with these heavy issues, he finds inspiration from a teacher who vows to show him that anything is possible.

Like I said, I appreciated the bullying story. It is always refreshing to have a normal character dealing with real issues that kids face. I was also really intrigued about this ghost in his room! Unfortunately, he felt a little out of place to me, like he wasn’t detrimental to the story and only added more questions. I really wish that wasn’t so, but perhaps this was just a stepping stone to his placement in the series. I have a strong feeling he might play a bigger role later on.

I think somewhere around the introduction of this teacher is where I got a little lost. He added another dynamic to the story that left me scratching my head a little bit. The instant healing and Room of Enlightenment where he shows Oliver how to make things appear by almost willing them to, was a little too much for me. That’s where the story took a turn and I became disappointed. There were also a few big events that happened with no real follow through or repercussions. I had to go back and question if what I read really happened because afterwards it was like it didn’t. I mean, these were big things! Why weren’t people talking about it?! What happened afterwards? I didn’t get it. But this all played into what this story really is about, and that is different planes of consciousness. We learn of a whole new reality that Oliver is meant to be a part of and I must say, this part is quite interesting! Provex City had some really cool technology and I would love to know more about this place. Perhaps if we were introduced to this in a different manner I would have liked it more. I can’t be sure. For some reason, all the concepts together didn’t flow right.

I wish I can say I enjoyed the secondary characters at least, but I really didn’t. They were probably real enough. It is common for friends to put a little bit of peer pressure on each other for certain things, but honestly, after dealing with the bully and a flighty brother, it was a little overkill. I just wanted to snatch Oliver away from this new place and all of these people and show him what real friends can be like.

Overall, this one didn’t quite work for me, but I can see what the appeal might be to others. If you like the concept of alternate realities, than it is possible you will like this one.

Leave a Reply to Becca