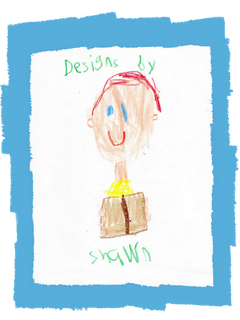 Inspired by an article on Babble called, Judging a Book by Its Cover: A 6-year-old Guesses What Classic Novels Are All About, I have asked my 6 year old what his thoughts are on a few Young Adult covers lying around the house. To take it a step further, I also had him make some cover art!

“Shudder is about stuff that is getting opened and somebody is shutting it. They are shutting a lot of stuff. The stuff is doors and a lot of windows too. Sometimes the are even gluing to shut papers that are ripped.” 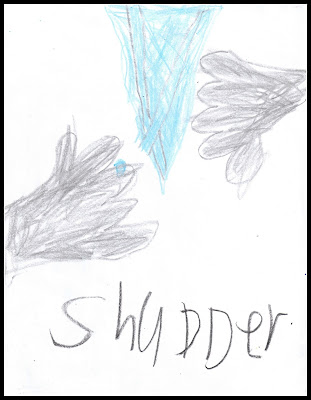 I must admit I giggled a little at Shawn’s thoughts on this one, but I totally see the ripped paper part! Also interesting about the opening and closing doors and any symbolism that may have.

I hope you enjoyed Shawn’s thoughts and artwork this week! Since a couple other blogs have expressed interest in doing something similar, I have decided to add a linky tool, so that you can also check out what they are doing as well! I hope you will give them a look see!

Don’t forget to let us know what you think! 🙂