Welcome to my stop on the Addicted to You Blog Tour, hosted by YA Bound Book Tours! Check out my review below and stop on over some of the other stops on the tour too! 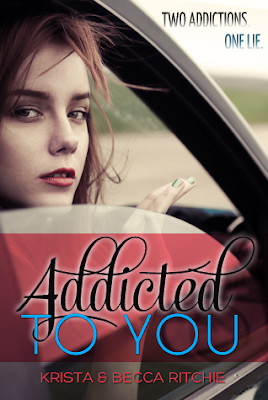 No one would suspect shy Lily Calloway’s biggest secret. While everyone is dancing at college bars, Lily stays in the bathroom. To get laid. Her compulsion leads her to one-night stands, steamy hookups and events she shamefully regrets. The only person who knows her secret happens to have one of his own.

Loren Hale’s best friend is his bottle of bourbon. Lily comes at a close second. For three years, they’ve pretended to be in a real relationship, hiding their addictions from their families. They’ve mastered the art of concealing flasks and random guys that filter in and out of their apartment.

But when they go on a family boat trip, surrounded by open seas and limited male bodies in sight, Lily’s confronted with a big fear. Only one guy onboard can fill her addiction, and she’s sworn off going there with Loren Hale ever again.

Now the only person who can truly help her can barely help himself.

Addiction. A very serious problem many people face in an array of different ways. Many times you hear about those addicted to drugs or alcohol, which you will find in Addicted to You as well, but another facet less known is sexual addiction. And that is a subject we explore in Addicted to You.

Our main character, Lily, has a serious sex addiction. As is often with addicts, she tries to hide it from her friends and family, well except for her friend Loren, who is also battling his own addiction in the form of alcohol. Unable to deal with it or seek help, they enable each other, though in their minds they consider it helping each other. Hiding behind a fake relationship so they can get by in secret, Lily and Loren eventually discover there may be more to their friendship.

I’m not going to sugar coat it, but Lily’s sex addiction is explored quite a bit. The poor girl had a severe problem, not caring who she hooked up with and where, and to be honest, it was disturbing and a bit off-putting at times, as addiction can be. Same with Loren’s alcohol consumption. Both characters come from an uber-rich lifestyle filled with privilege and some dysfunction. We sort of see Lily bottom-out as her need for sex completely disrupts her everyday life. I was so happy when these two finally got together but the problem was, they were just too dependent on their addictions, which came first above all else, and at unhealthy stages in their lives. It’s hard to support the one you love when you are struggling just as hard with your own demons.

I was rooting so hard for these two to get help and I appreciate the real struggling road the authors took these two down because it is not easy. But I don’t want you to think it is all heavy. There was plenty of good humor interlaced throughout all of the heavy. I adored Loren’s little flirty ways with Lily before they took that next step. It was quite obvious he had feelings for her stronger than friendship from the get-go. There was also a couple secondary characters I loved like Lily’s somewhat abrasive sister, Rose. And of course there is Connor, their new ‘friend’ who likes to surround himself with the right people but I found his upfront and ‘telling it like it is’ ways to be charming and endearing somehow.

The last quarter of the book or so I absolutely loved! Everything was coming to a head with the addiction and a surprise storyline is thrown at us that just had me more glued to the pages. I am absolutely committed to these characters and can’t wait to see how things develop for them in the next book.

Addicted to You is a fantastic debut by these authors and I look forward to many things to come! 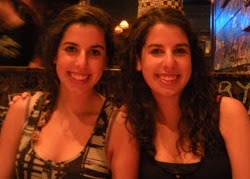 Becca Ritchie is a carnivore of pop culture, television, film and of course YA and NA books. While in college, she worked at The CW television network and put her vampiric knowledge to good use, blogging about hit series and swooning over actors’ abs. When she’s not blogging, she writes novels and has teamed up with her twin sister for their New Adult novel ADDICTED TO YOU. Available July of 2013.
Krista Ritchie is the mind behind popular trading website YA Book Exchange and created Nawanda Files, a book blog that also features books into movies news. When not pouring over entertainment news and the newest releases, she spends her time conducting research in a genetics lab. She’s happy to join forces with her sister, harnessing their twin powers to produce the first in a New Adult series.

23 Responses to “Blog Tour + Review: Addicted to You by Krista & Becca Ritchie”